So this week has been a toughie for me.  It started 2 weeks ago, mentioning to a doc that I had a lump.  Within minutes, words like 'Cat Scan', 'Surgeon' and 'We'll get you in to see a doc sooner rather than later' were being thrown around.  I had an ultrasound which showed a mass in a lymph node under my jaw bone.   I had a biopsy done ....6 needles went into my face.  6! After a scary week of waiting for word - I AM cancer free!

After getting through all that, I was preparing for a show this last weekend - my first of the year and while loading the car, took a MAJOR fall. Thankfully, I don't think I'm broken, but almost a week later and I still can't walk without a marked limp.  Add on to that the Build a Line challenge, matching partners for the Swap N Hop AND doing the weekly earring project.....I'm STRESSED OUT!

This week's earrings are a reflection of my week - a little chaotic with plenty of bruises in a plethora of shapes all over my body.  LOL!  I think they reflect it well. 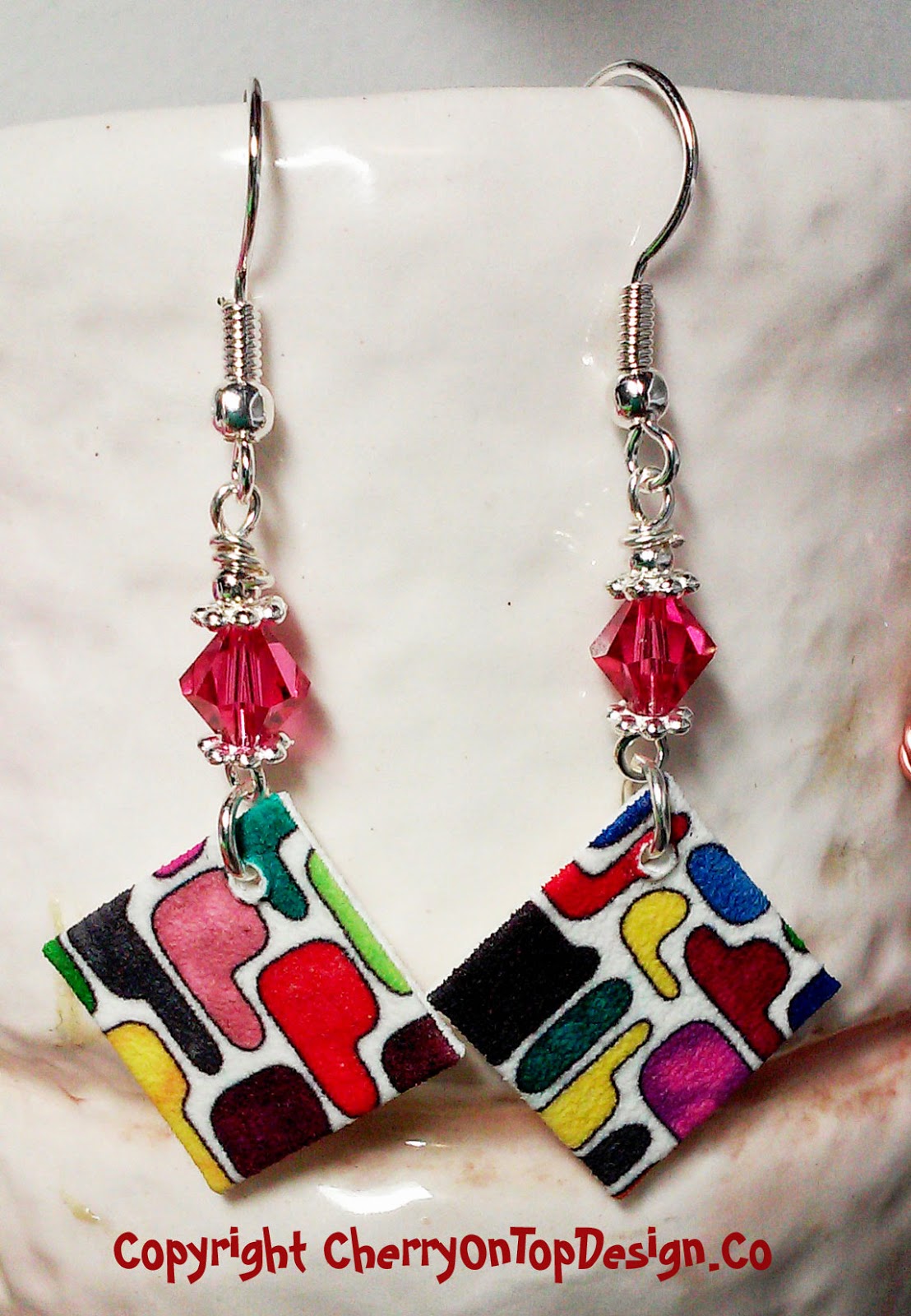 It's been a cray-cray week, but I'm kinda loving these little gems which feature, of course, Swarovski crystals. =)

I'm also excited because I ordered some fun new tools that will help me move my earring designs forward, and I'm quite excited to put them in to action!

Until next week!
Posted by Linda A.